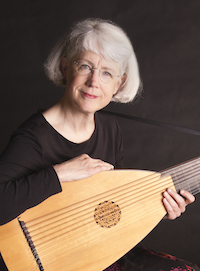 Catherine Liddell is much in demand for her sensitivity and skill as a continuo player on theorbo and lute and has appeared with many of the leading period instrument ensembles in the U.S., including the Handel & Haydn Society, Boston Baroque, the Seattle Baroque Orchestra, Apollo’s Fire, and the New York Collegium.

Cathy co-founded and performs regularly with Ensemble Chanterelle and with Charivary. A frequent participant in the Aston Magna Festival, she has also performed in the Boston Early Music Festival and the Northwest and New England Bach Festivals.

Cathy has nurtured a special interest in 17th Century French lute music for many years, recording music by Jacques Gallot and others for Centaur Records. She is also editor of a volume of sacred music for lute, available through Lyre Publications. 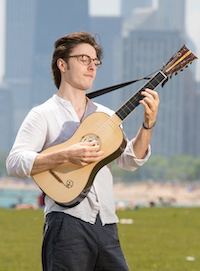 Brandon Acker is a classical guitarist and specialist on early plucked instruments such as the theorbo, baroque guitar, and lute. His latest passion has been running his successful YouTube channel which now has over 330,000 subscribers and 20 million views. His channel provides educational content about early plucked instruments as well as guitar tips and artistic performance videos. In 2020, he and his wife started an online school for “all things that go pluck!” called Arpeggiato. The school offers lessons from professional musicians from around the world on lute, baroque guitar, vihuela, mandolin, oud, classical guitar, and more. Within the first year of opening, they have taught over 2000 lessons to students in over 20 countries.

Brandon’s performance career has varied from starting out playing electric guitar in metal bands to his current main focus researching and performing on early plucked instruments from the Renaissance and Baroque periods. He has toured extensively throughout Canada and the UK, and performed with notable groups such as the Leipzig Baroque Orchestra, Piffaro, the Joffrey Ballet, the Chicago Philharmonic Orchestra, the Newberry Consort, Haymarket Opera Company, Music of the Baroque, Third Coast Baroque, Opera Lafayette, and Bella Voce. For more information, please visit www.brandonackerguitar.com. 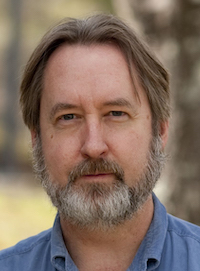 While working at the Rare Book, Manuscript and Special Collections Library at Duke, Dr. Gary Boye completed a Masters of Science in Library Science at the University of North Carolina, Chapel Hill. In July 2000, he was hired as the Music Librarian at Appalachian State University in Boone, North Carolina, and has held the position ever since. Through the years, Dr. Boye worked on primary sources for plucked strings, compiling an extensive list of prints and manuscripts in two web pages: Music for the Lute, Guitar, and Vihuela (1470-1799) and Music for the Baroque Guitar.

“Creating research that is freely available to the public is important to the future of our field and, I believe, more can be done in this area. While I still publish in peer-reviewed journals on occasion and pursue traditional publishing venues, research in early music is an ongoing process and a collaborative one. Research publication only in expensive scholarly editions or journals limits the audience and impact of our research. Some of my research is online, in a rather rough, unedited form, and some is in scholarly books and journals. There is a role for both in our future.” 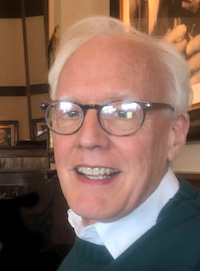 After graduating from The Ohio State University in 1972, Lawrence D. Brown attended a summer lute seminar at the Royal Academy of Music in London where he studied early music and the lute. While in England he took an interest in instrument making and studied with several lute makers.

He returned to the US and has built lutes and historical stringed instruments for 45 years. In the 80s he served on the Board of Directors of the Guild of American Luthiers. He continued to travel widely to study lutes and early stringed instruments in Europe and South America. His most recent trip was to an early music conference in in Spello Italy, where he was the only American luthier invited to join the Cetra Project, an effort by Italian musicians to resurrect the medieval Italian cetra. This was followed by three weeks of visits to museums around Italy to inspect early musical instruments.

He attends the biennial LSA lute workshop in Cleveland and actively performs in the Cincinnati area, where he lives, with an early music consort called The Noyse Merchants and another called The Shakespeare Band. He plays lute and hurdy-gurdy in those groups. 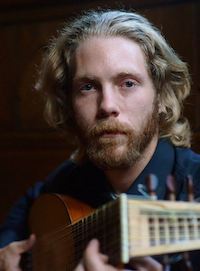 Ryan Closs is a Long Island-based specialist of Historical Plucked Strings Performance. He performs in Operas, Cantatas, and Orchestras and works with dancers, singers, and chamber ensembles. Because of his duties as an outreach soloist for the LSA Ryan is head of its NY chapter. His performances have contributed to the growing knowledge and appreciation of the lute, its times, and its music – a mission he continues and expands upon with his own period ensembles ‘4&20Strings’ and ‘Early Music Long Island’.

Ryan participates in many outreach concerts bringing the lute to new audiences by performing traditional music, complimented with new contemporary folk songs in a troubadour fashion. He formed Early Music Long Island, a community-based ensemble that performs songs using ground bass progressions and improvised divisions. He is also recognized as an ‘ambassador’ for the LSA as an outreach performer, and Head of the New York Chapter of the LSA.

Ryan has an A.A.S in Classical Guitar performance from SUNY Nassau Community College, a B.S. in Lute Studies from Adelphi University, and studied at CUNY Queens College before completing his Bachelors. His primary instructors for these degrees have been Steve Leonard, Bill Zito, Chris Morrongiello, and Pat O’Brien. 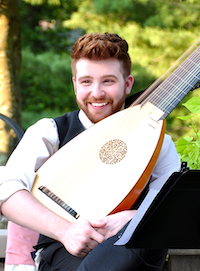 Braedon Hoffman is working towards his master’s degree in Historical Performance at the Jacobs School of Music under Nigel North. Having received an LSA Scholarship in 2016 and participating in the LSA Lute Rental Program, he have worked to give back to the organization in many ways. From outreach projects, to work on the LSA Facebook and YouTube Channels, he is committed to the LSA’s future. He collaborated with the local lute collective to officiate the Mid-West Chapter during the Bloomington Early Music Festival where he also coordinated a partnership between BLEMF and the LSA resulting in a successful masterclass and performance by Nigel North.

On a personal note, Hoffman also approaches other musical forms and genres, hoping to push the lute into a broader context. This has led him to be an active proponent of the lute around the country with the LSA’s Outreach Committee, seeking a greater awareness through volunteer demonstrations and performances and playing popular repertoire on historic instruments. He also runs a private studio at a local music academy.

“Teaching music to help students develop a passion and appreciation of their own is one of my absolute joys.” 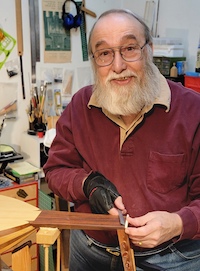 James Louder is a retired organbuilder living in Montreal, Quebec. James started life playing the classical guitar, but in time had to admit he was unlikely to have a career. He turned instead to another musical love, the pipe organ—not as a player, but as a builder. He apprenticed with the Swiss-Canadian organbuilder, Hellmuth Wolff, and spent the next forty years building tracker-action pipe organs. With his organbuilding days behind him, James now has returned to plucking—a musical circle closed, perhaps? With no ambitions as a player, his woodworking and instrument-making skills have led James to an avocation in lutherie.

In 2019 when the LSA’s Lute Rental Program expanded into Canada, James was asked to manage the comings and goings of lutes north of the border. A year later James agreed to take on the same work for the Lute Rental Program as a whole. Recently James has assumed the program’s administrative duties as Lute Rental Program Director. With his election to the LSA’s Board, James Louder is eager for the challenges facing the Lute Society of America, as we consolidate our organization and expand our scope in the years ahead. 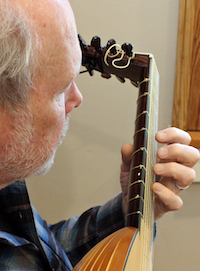 Trained as a classical guitarist, Jeffrey Noonan has played lute, theorbo and early guitars for some forty years across the Midwest. Based in St. Louis, he performs throughout the region with a large number of midwestern ensembles and is in demand as an accompanist and continuo player. A recognized expert on the early guitar, Jeff has produced two books and several articles for Oxford Music Online. Jeff’s current project is an edition of seventeenth-century arias by Bernardo Pasquini he uncovered in the Newberry Library. In 2016, the St. Louis Regional Arts Commission awarded Jeff an Artist Fellowship in recognition of his accomplishments in scholarship, pedagogy and performance.

Jeff has been a director for several not-for-profit organizations including a literary journal and a theatre company. In 2019, he founded the presenting organization Early Music Missouri and its concert series Early Music@First. He looks forward to bringing them back for a post-covid season.

Jeff holds degrees from the University of Notre Dame, the Hartt School of Music and Washington University in St. Louis. From 1999 to 2015, Jeff taught at Southeast Missouri State University, where he directed the classical guitar program. He retired from Southeast as a Professor of Music in 2015. 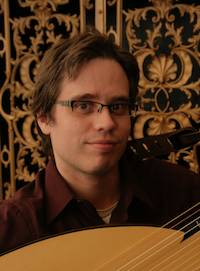